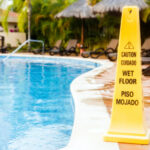 As a hotel guest, you expect the premises to be safe. After all, you are paying top dollar for a room at area hotels. This is not just a customer service expectation. It is a legal obligation of the hotel owner. The most common accident in a hotel is a slip and fall. The hotel’s legal obligation is to maintain the premises in a reasonably safe condition. This extends both to your room and the common areas. They are subjectRead More …

How to Prevent Fall Hazards in Your Workplace 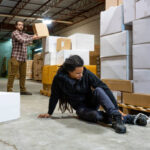 Falls are hazardous events. In fact, fall accidents are responsible for many injury-related deaths every year. These accidents can occur in your home or in your workplace. According to the Occupational Safety and Health Organization, construction workers are at an especially high risk of experiencing a fall accident. Fortunately, there are steps you can take to prevent fall hazards in your workplace while focusing on fall safety. Prevent Falls by Assessing Job-Site Hazards There are a number of steps youRead More …

Getting an Accident Settlement in a Covid-19 World

Why do Insurance Companies Pay Personal Injury Settlements? The business model of an insurance company is to pay as little money to resolve personal injury claims in Los Angeles and to do that as late as possible. Insurance companies want to hold their personal injury settlement money as long as they can. They simply don’t have the capital to pay all of their claims right now so they pay the claims as they move to the top of the pile.Read More …