Drunk Drivers around the Holidays 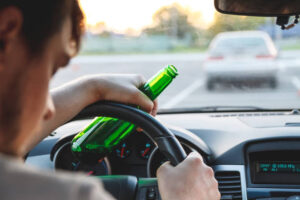 All drunk driving accidents and deaths are preventable, and unfortunately, serious injuries and deaths from DUI crashes around the holidays have become predictable. Based on estimates by the California Highway Patrol (CHP), arrests of suspected DUI drivers this 2021 Thanksgiving period increased by 17% when compared to last year’s DUI arrests over the same period.

The CHP arrested 1,019 drivers during this year’s Thanksgiving period, which started on Wednesday at 6 pm and ended on Sunday at midnight. Fifty-seven people were killed on California roadways during this period, reflecting an increase of 14% from last year.

In 2020, the CHP arrested 491 drivers suspected of DUI during the New Year’s Day enforcement period, which started at 6 pm on Tuesday and lasted until Wednesday midnight. According to the CHP, the arrest rate is equivalent to ridding California roads of an impaired driver approximately every four minutes. About three people were killed during that year’s enforcement period.

Why DUI Accidents Happen During The Holidays

The vast majority of people throughout the country look forward to long holiday weekends to enjoy time with family friends and get off work. These people associated the holidays with traditions, from seeing loved ones and friends they don’t often see to attending various holiday parties and gatherings. Sadly, the holidays are linked to an increase in DUI accidents resulting in severe injuries and deaths.

Alcohol consumption impairs muscle coordination, reasoning, and thinking, which are all crucial to driving a car safely. In most people, alcohol affects the body as follows:

There’s simply no excuse for drinking and choosing to get behind the wheel. DUI accidents are preventable, and drivers these days have various transportation options. Lawsuits and negotiating with insurance providers are especially challenging if you’re in pain, injured, and also can’t work.

If you have been hurt in a DUI accident in California, speak to a Los Angeles personal injury lawyer at Jahrmarkt & Associates. Call 310-226-7676 or contact us online to arrange your free case consultation.